If you use the flat-screen TV as the main device, its screen size should be at least 1 meter (at least 40 inches). With smaller devices, you usually have to make compromises – especially with fast movements in the picture, the sound, and the equipment. They are more suitable as the second television in a bedroom or kitchen.

Buy an LCD device if you watch TV frequently in daylight. The so-called OLED televisions are new – as in the past, plasma TVs show good picture quality even when viewed from the side and offer a richer black than LCD screens. However, they are not as bright as LCD televisions.

Many flat screens lose contrast when viewed from the side. Pictures then look flat. For singles, it doesn’t matter as long as they sit in front of the screen. With family television, however, those sitting on the edge see matte pictures. 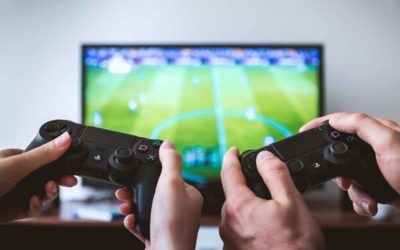 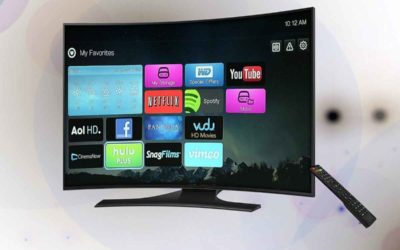 Television 101 | Everything You Need To Know Before Buying TV

Pay attention to the power consumption of the TV

Take the electricity costs into account. They depend heavily on the size of the screen: Even if a small and a large TV are in the same energy efficiency class (for example A +), the large one normally draws significantly more power.

Attention: With the trend towards particularly high UHD resolution (8 million pixels instead of 2 for HD), energy consumption increases significantly with the same screen size.

In the classic television program, UHD is sometimes broadcast as a test program, but streaming portals are gradually changing their offer over the Internet to UHD. An alternative is UHD Blu-ray discs, but they only run on UHD Blu-ray players.

The abbreviation stands for High Dynamic Range. Televisions with this technology can display more color gradations and stronger contrasts than devices without HDR.

This option is built into many, but not all, UHD televisions. When buying a new UHD TV, it should contain HDR, because, without this technology, the high resolution makes little sense.

If you want to buy a new television, you have a choice between three screen types. LCDs with liquid crystals and LED backlighting have been standard for many years. New developments include LCD screens equipped with nanoparticles with fully mounted and locally dimmable light-emitting diodes and OLED displays.

All techniques have strengths and weaknesses that can be generalized. When buying a device, of course, it depends on the specific product: in individual cases, an LCD TV can be better than an OLED model.

The manufacturers of the screens (panels) continuously reduce their specific disadvantages. OLED TVs show brighter pictures than before and LCD models create a richer black, so better contrast and crisper pictures than last year.

Our tip: Color perception differs from person to person. With OLED and LCD with nanoparticles, some viewers complain of greenish or orange color casts, for example in faces.

This problem does not occur with classic LCD technology.

A TV with OLED – black and wide

This technology ensures rich black and high contrasts. The viewing angle is often so large that even people sitting far out can see bright colors. However, OLED devices are often more power-hungry than LCD models – and they usually cost more.

TV with LCD – established and cheap

The classic LCD devices are often quite cheap and use relatively little power. Sometimes, however, they have very small viewing angles, so that colors and contrasts are lost when looking from the side.

The nanoparticles ensure particularly pure, precise colors. The screens are also often brighter than others – this is useful during the day. Common disadvantages are, as with classic LCD devices, the sometimes small viewing angle or the “gray-black”.

The right distance to the TV

With UHD films from Blu-ray or via video stream from the Internet, you can move closer to the screen: about twice the screen size.

With many TVs, you will only get a good sound if you connect the device to a stereo or home theater system. The front speakers must be on the left and right of the TV. Otherwise the picture and sound do not match.

Alternative: A soundbar, i.e. a speaker bar that is placed directly in front of the TV

The right light in the TV room

An indirect light source is easy on the eyes in the dark TV room. But it must not face the television. Otherwise, it will be reflected on the screen. For TVs with a curved display (curved), the light source should be behind the television, because the curved screen surface reflects all light in a disruptive manner.