What are microprocessors and microcontrollers, what are their types, where they are used and how they are programmed?

We will talk about everything related to microprocessors and microcontrollers in this post!

What is a microprocessor?

A CPU (Central Processing Unit), cache and input/output units are called microprocessors. In short, the microprocessor is a computer’s brain.

There are 8-16-32-64 bit registers in the CPUs. Registers provide temporary storage of information. CPUs find, call, and run programs in the microprocessor’s memory.

There are two primary memory types:  RAM and ROM. RAM (Random Access Memory) is a temporary memory. If the microprocessor is turned off, the data is deleted. The ROM (Ready Only Memory) is non-volatile memory and data is not deleted even in the case of system shutdown.

There are 3 types of BUS that allow the transfer of the data stream in the CPU, and the connection of the memory and input/output units. They are known as Address BUS, Data BUS, and Control BUS.

Address BUS enables the transport of address information indicating the region where the data is to be read or written. It is a one-way bus.

The Data BUS is a bidirectional data line from the CPU to the memory and input/output ports or from these units to the CPU.

Control BUS is a data line that transmits and controls signals that regulate inter-unit communication in the microprocessor. Each microprocessor can have a Control BUS with a different number of lines.

The memory units inside the CPU are called Register. Because they are in the core of the processor, access to data is faster. There are special and general varieties according to the intended use. 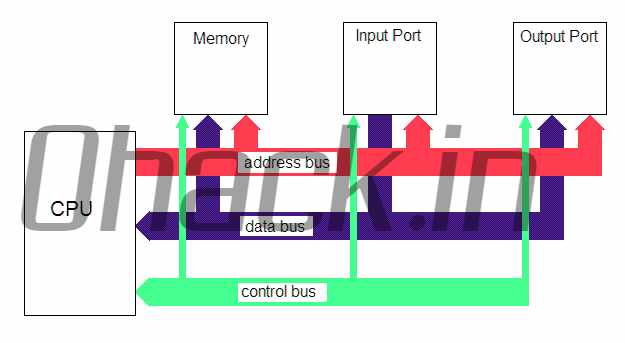 The first microprocessor in history was formed by the completion of 3 different projects. This project group consists of INTEL 4004, TMS1000 of Texas Instruments and Central Air Data Computer of Garrett AiResearch.

In 1971, TI developed the microprocessor TMS1802NC, which can perform all the functions of a calculator on a single chip.

A microcontroller is a computer that stores external data (program) in its memory, compiles it and outputs the result. Microcontroller structure:

What are the differences between microcontroller and microprocessor? 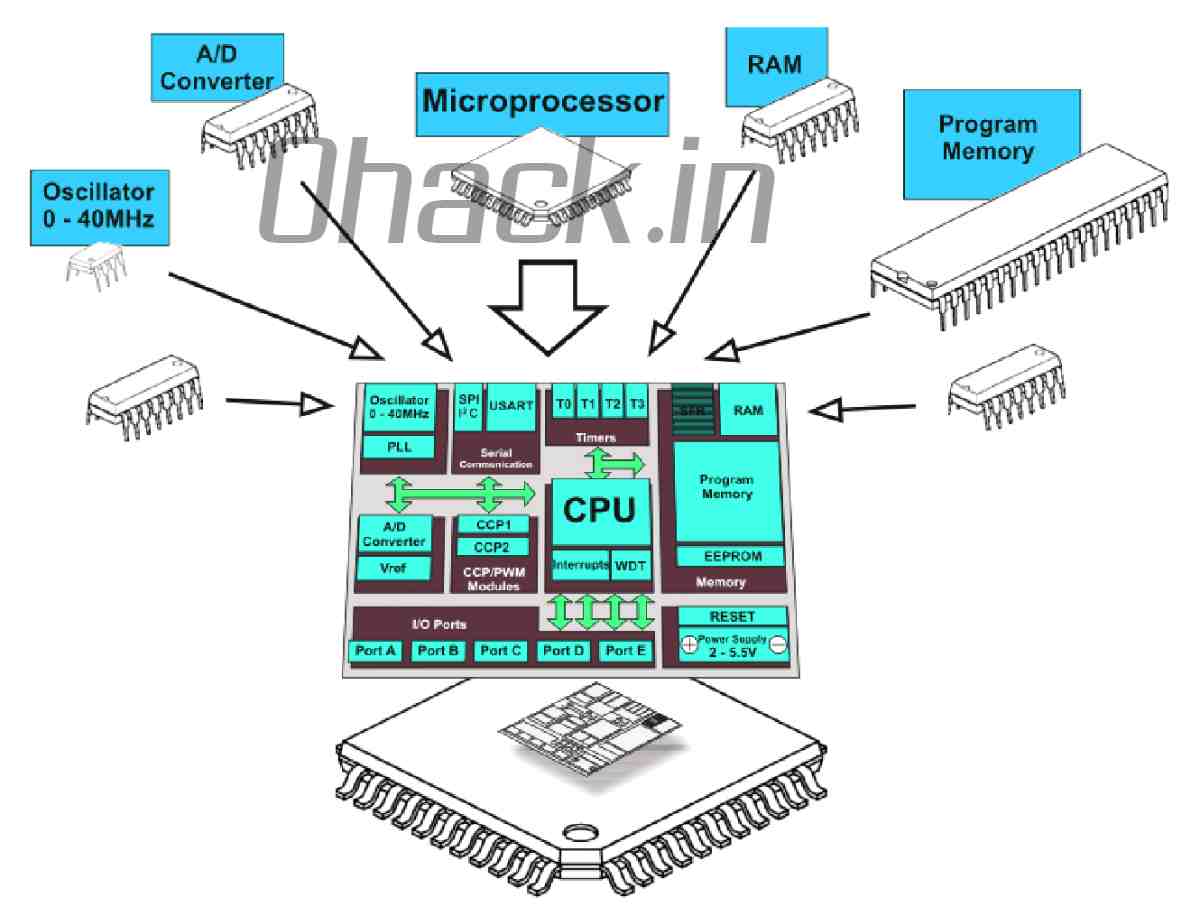 What is the microcontroller?

The microcontroller stores the software it is programmed into, stores it in memory, compiles it and processes it and sends an output signal. Assuming a motor is connected to the output port, the motor will start to move according to the signal from the microcontroller. In short, microcontrollers serve as the brain in electronic circuits, allowing us to control electronic systems.

The program commander and data are retrieved from the same memory and sent to the processor via a single path; the command is processed first, and then the data is processed. Although this architecture was preferred in the past, Harvard has now taken its place. Delays occur in this architecture.

This architecture is generally preferred. Data and commands are accessed in different ways, making it faster to operate. 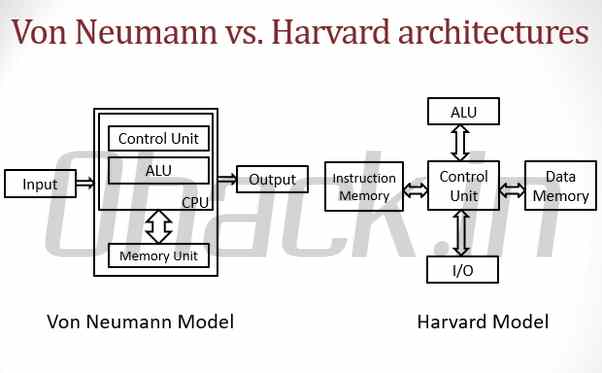 Some of the microcontrollers are:

Microcontrollers are used in television, radio, automobile, mobile phone, computer, hobby electronics and numerous other fields. Although some of the areas of use are computers, the most common uses are embedded systems.

Microcontrollers, which are used in electronic circuits to process jobs according to the commands in a certain cycle, not manually, are also frequently used in automation and control systems.

For example, as shown in the following example, there are special programming cards for microcontrollers in the PIC family of Microchip. In order to program the microcontroller, it must be fixed to the card and the card must be connected to the computer.

Ohack.in is a participant in the Amazon Services LLC Associates Program, an affiliate advertising program designed to provide a means for sites to earn advertising fees by advertising and linking to amazon.in